The Pierre Auger Collaboration has published a method to predict the component due to muons of the signals recorded by the water-Cherenkov detectors that comprise the Surface Detector (SD) of The Pierre Auger Observatory.

The baseline design of the SD does not allow to separate in an straightforward way the contributions to the recorded signal due to electrons, photons and positrons from the contribution of muons for all events. Knowledge about the muon component can provide insight about the mass composition of the cosmic rays, the hadronic models that are used in the simulations or used in search of other particles as primaries cosmic rays such as photons.

A neural network has been trained using complete simulations of ultra-high energy air showers, where the development of the air shower through the atmosphere and the traversal of secondary particles through the detectors and their response are simulated. The neural network is presented many times with the muon signal that corresponds to a measured signal and it is able to learn a relationship between both to make a prediction of the muon signal. 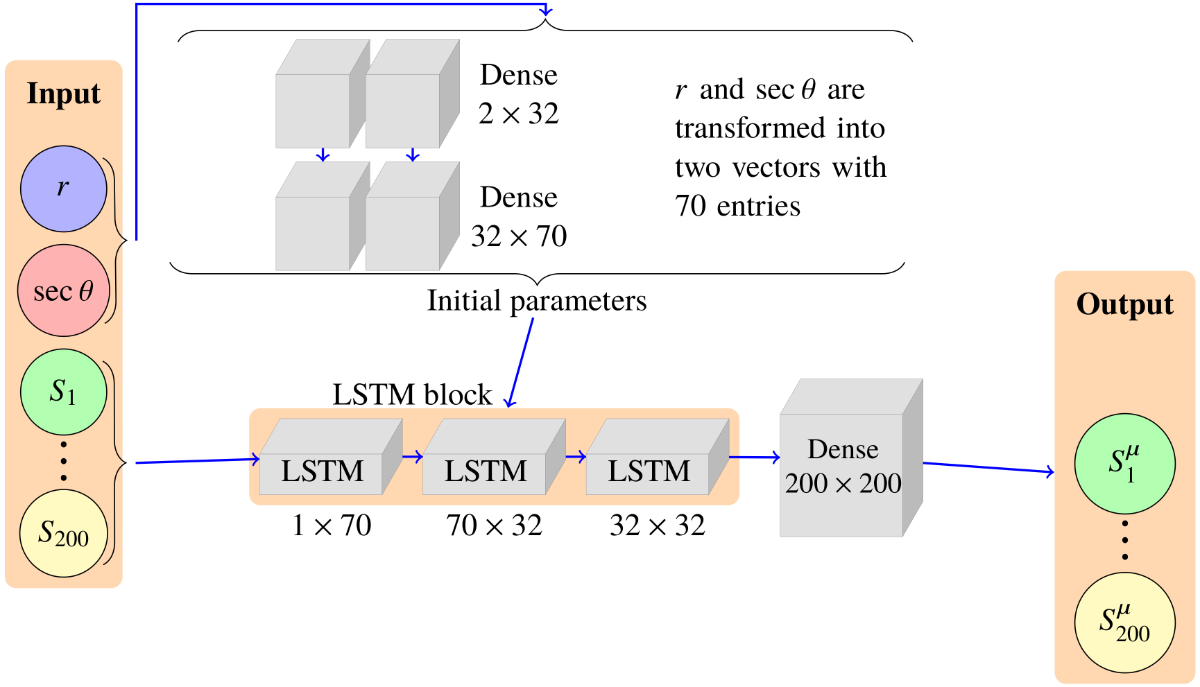 Figure 1: Architecture of the neural network. The input is the distance to the shower axis, the reconstructed zenith angle of the event and 200 bins of the recorded signal and the output is 200 bins of the muon signal.

The performance of the neural network has been studied on simulations and depends mainly on the zenith angle. The resolution goes from 20 % for the most vertical events reaching 10 % at around 60 degrees of zenith angle. This is because at large zenith angles most of the electromagnetic signal is attenuated, so it is easier to predict the muon signal.

Figure 2: Examples of a predicted muon signal for a simulation. The thicker blue line is the signal recorded by the SD and the orange is the true muon signal in simulations. The black is the prediction from the neural network, using as input the recorded signal (blue). There is more information in the box about the event and station that the signal is coming from.

The neural network has been applied on the available data of The Pierre Auger Observatory recorded from 2004 until 2019. An example of the predicted muon signal for recorded signals can be seen in Figure 3 where we can see the typical features of the muon signal: muons arrive earlier and their signal is spiky.

Figure 3: Examples of the predicted muon signal for data. The thicker blue line is the signal recorded by the SD, the black line is the prediction of the neural network. There is more information in the box about the event and station that the signal is coming from.

Several cross-checks have been done with the predictions obtained for data. One of the cross-checks involves using measurements from the AGASA Collaboration from almost thirty years ago, finding that our predictions of the muon signal as a function of the distance to the shower axis agree with their measurements. The combination of the neural network with the data collected by the upgrade of The Pierre Auger Observatory, called Auger Prime, will greatly improve the capabilities of the Observatory for obtaining the muon signal.