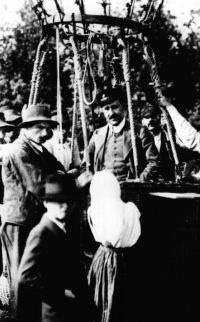 In a balloon at an altitude of 5000 meters, Victor Hess, the father of cosmic ray research, discovered "penetrating radiation" coming from space. His was the first of many adventurous journeys made by physicists to study cosmic rays.

While watching the tracks of cosmic ray particles passing through his cloud chamber, Carl Anderson discovered antimatter in the form of the antielectron, later called the positron. A positron is a particle exactly like an electron, but with an opposite, positive charge.

A debate raged over the nature of cosmic rays. According to a theory of Robert Millikan, they were gamma rays from space - hence the name "cosmic rays." But evidence was mounting that cosmic rays were, in fact, mostly energetic particles. 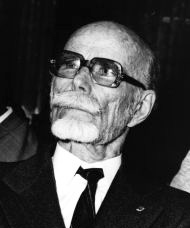 At the Jean Perrin's laboratory on a ridge of the Jungfrau (Switzerland) Pierre Auger and his students discovered extensive air showers. They showed the presence in primary cosmic rays of particles of a million Gigavolts - a million times more energetic than accelerators of that day could produce. 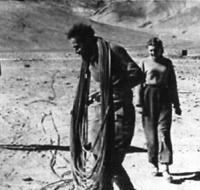 Groups led by Bruno Rossi in the USA and Georgi Zatsepin in Russia started experiments on the structure of Auger showers. These researchers constructed the first arrays of correlated detectors to detect air showers.

Enrico Fermi put forth an explanation for the acceleration of cosmic rays. In Fermi's cosmic ray "shock" accelerator, protons speed up by bouncing off moving magnetic clouds in space. Exploding stars (supernovae) are believed to act as such cosmic accelerators, but they alone cannot account for the highest-energy cosmic rays. 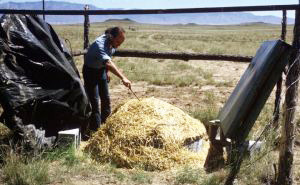 John Linsley and collaborators discovered the first cosmic ray with an energy of about 1020 eV in the Volcano Ranch array in New Mexico, USA.

In the early 1960s, Arno Penzias and Robert Wilson discovered that low-energy microwaves permeate the universe. Kenneth Greisen, Vadem Kuzmin and Georgi Zatsepin pointed out that high-energy cosmic rays would interact with the microwave background. The interaction would reduce their energy, so that particles traveling long intergalactic distances could not have energies greater than 5x1019 eV.

An array of over 200 water-Cherenkov detectors covering 12 km2 was operated for over 20 years from 1967 at Haverah Park in England. Although designed before the GZK prediction, the data have contributed in a major way to our understanding of cosmic rays at the highest energies. For the Auger Observatory, the demonstration that water could be kept bacteria-free in a sealed container for over 25 years was of major importance as were early studies of inclined showers and of the time structure of the shower front.

A tank was opened at the 'end of project' party on 31 July 1987. The water shown in the photo had been in the tank for 25 years but was quite drinkable!

The Fly's Eye cosmic ray research group in the USA observed a cosmic ray event with an energy of 3x1020 eV. Events with energies of 1020 eV had been reported in the previous 30 years, but this was clearly the most energetic. 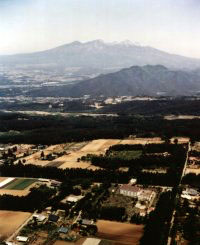 The AGASA Group in Japan and the Yakutsk group in Russia each reported an event with an energy of 2x1020 eV. The Fly's Eye event and these events are higher in energy than any seen before. Where did these three high-energy cosmic rays come from? None seem to point back to an astrophysical object that could impart such enormous energies.

An international group of researchers began design studies for a new cosmic ray observatory, the Pierre Auger Project, named in honor of the discoverer of air showers. The new observatory will use a giant array of detectors to detect and measure large numbers of air showers from the very highest-energy cosmic rays. Tracing high-energy cosmic rays to their unknown source will advance the understanding of the origin and evolution of the universe. 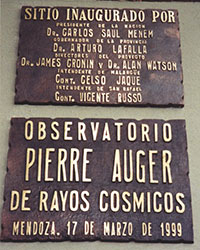 With a spade full of Argentinean soil, scientists from the 19-nation Pierre Auger Project came an important step closer to understanding the mystery of one of nature's most puzzling phenomena, the origin of highest energy cosmic rays. Dr. Arturo Lafalla, Governor of the Province of Mendoza, served as the official host of the March 17 groundbreaking ceremony for the new cosmic ray observatory located near the cities of Malargüe and San Rafael in Mendoza Province, Argentina. 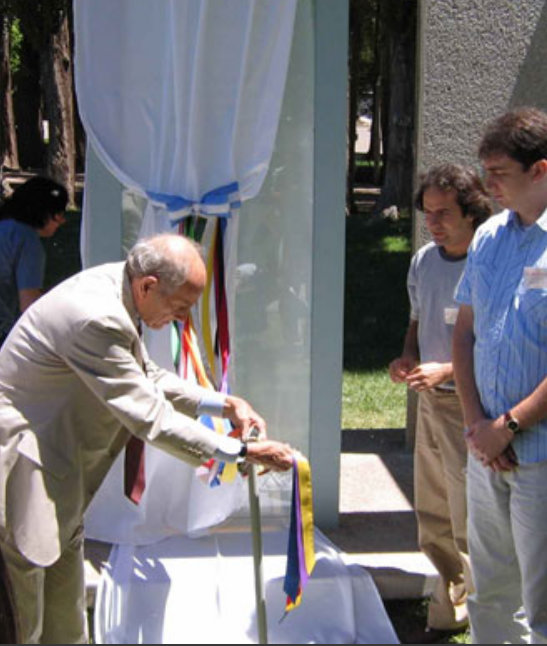 The Pierre Auger Observatory is designed to study the highest energy cosmic rays with unprecedented statistics and precision. To celebrate the imminent completion of the construction of the southern site, along with the presentation of the first science results in the summer of 2005, we celebrated a ceremonial event at the Observatory, in Malargüe, Province of Mendoza, Argentina in November 2005. We were especially pleased to mark our scientific launch during the World Year of Physics.

Scientists of the Pierre Auger Collaboration announced on 8 Nov. 2007 that active galactic nuclei are the most likely candidate for the source of the highest-energy cosmic rays that hit Earth. Using the Pierre Auger Observatory in Argentina, the largest cosmic-ray observatory in the world, a team of scientistsfrom 17 countries found that the sources of the highest-energy particles are not distributed uniformly across the sky. Instead, the Auger results link the origins of these mysterious particles to the locations of nearby galaxies that have active nuclei in their centers. The results appear in the Nov. 9 issue of the journal Science. 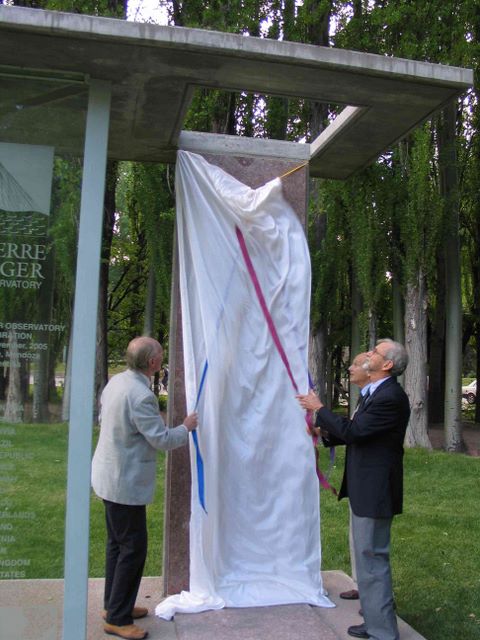 Scientists of the Pierre Auger Observatory, a project to study the highest-energy cosmic rays, celebrated the inauguration of the southern site of their observatory in Malargüe, Argentina, on November 14, 2008. The event marked the completion of the first phase of the Observatory construction and the beginning of the project’s second phase, which includes plans for a northern hemisphere site in Colorado, USA, and enhancements to the southern hemisphere site.