Design and implementation of the AMIGA embedded system for particle detectors

In a recent publication, the Pierre Auger Collaboration has presented the design of the AMIGA Data Acquisition System

The main function for the AMIGA Data Acquisition System is to manage the data transfer from the muon counters in a modular, flexible, easily configurable and scalable fashion compatible with the Pierre Auger Observatory data trigger. These characteristics led to specifications on how to design the firmware, software, hardware, network structure and protocol, and finally the monitoring system. Figure 1 shows a Surface Detector with the corresponding buried muon counters as they are installed in the field. 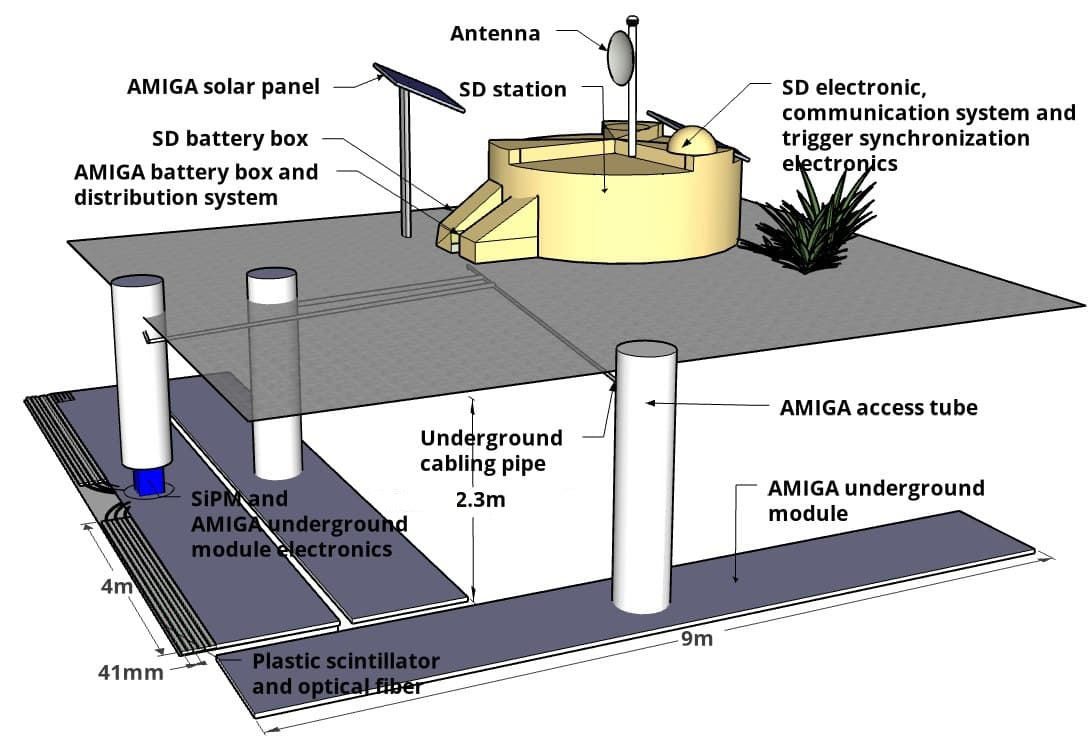 Figure 1: General overview of an infill station. The figure shows a counter and surface detector. Three modules are shown buried 2.3m deep, with a detection area of 10 m2. Module electronics are accessed for field installation and service via a plastic tube. In addition, the solar panel and the additional battery box are shown.

The AMIGA buried stations work in sync with the Surface Detector, receiving the local triggers by their accompanying Water Cherenkov Detector. The energy and geometry of the showers are reconstructed by the Surface Detector while extra information on the particle composition is provided by the muon-related observables such as the timing and size of the signal provided by buried scintillators.In this article we describe the features of the embedded system design for the AMIGA buried scintillator detectors, dubbed Underground Muon Detector (UMD). This description includes the electronics, as well as the synchronization with the associated Surface Detector station. Figure 2 shows the general interconnection at each Surface detector, focusing on the network interconnection and the LAN that is formed with the muon counters. 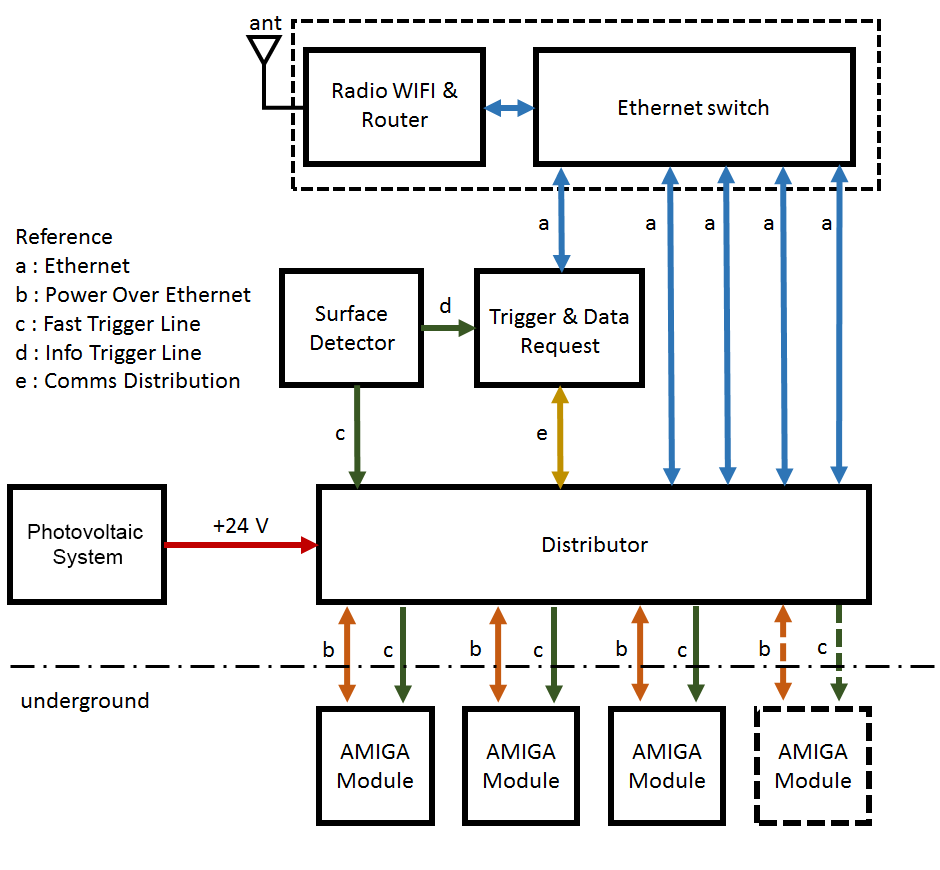 Figure 2: Block diagram of an AMIGA station electronics. The Ethernet switch is the center of the star of the Ethernet LAN. The distributor replicates the fast trigger signal from the SD station and injects power from the photovoltaic system to the Ethernet cables that connect the buried modules.

The main contribution of this work to distributed embedded systems in general is the following: a flexible scalable massive system of multiple distributed muon detectors that can be organized in a remote fashion, using existing tools for a very specific problem that is the detection of the muon component of cosmic showers. In this paper we describe how we organize the detection system using the preexisting trigger conditions of the surface detectors in the Pierre Auger Observatory and how we can apply reliable existing technology that can be adapted and easily applied as a solution to this problem.

In summary, we must mention that the UMDs work as muon counters, using two types of detection: 1 bit multichannel digitalization, one for each of the 64 channels, and a 14 bit Analog to Digital Converter with two independent channels that measure the charge of the signal from the 64 channels for a muon count that exceeds 64 muons. The flow of this information is handled asynchronously with the Auger Observatory trigger system with the AMIGA Data Acquisition System.