The Pierre Auger Collaboration has searched for the possible presence of photons with energies exceeding 1018 eV in the flux of cosmic rays arriving at Earth.

These ultra-high energy photons are produced in interactions of the charged cosmic rays with energies close to 1020 eV with the cosmic microwave background (GZK effect). The expected flux of photons is small with respect to the charged cosmic ray flux, and is sensitive to the fraction of hydrogen nuclei. If this fraction is large, the expected photon flux increases. Therefore, the photon flux provides information on the nature of the charged cosmic rays. The origin of particles at such ultra-high energies is unknown. In addition to investigating astrophysical objects as possible sources, exotic physics scenarios are tested. In these scenarios new physics, beyond the standard model of particle physics, explains the existence of 1020 eV charged cosmic rays. However, in these models the expected flux of photons is in general much larger than that in conventional models.

The Pierre Auger Observatory offers a unique chance for the observation of photon-induced air showers and a search for photons with energies above 1018 eV has been performed using the data collected between January 2005 and December 2013. This amount of data profits from the huge exposure of the Observatory (with its 3000 km2 instrumented area). The quality of the data set is enhanced by the possibility to combine the information from two different detectors: the particle density at the ground is measured with a surface array of water Cherenkov detectors whereas the longitudinal development of the air showers is observed with fluorescence telescopes during dark clear nights. The analysis described in this paper fully exploits the potential of the hybrid technique by means of a multivariate analysis to achieve an unprecedented discrimination power between photon- and nucleus-induced air showers. 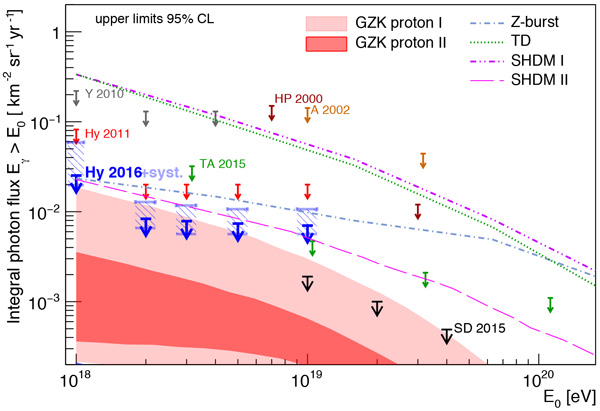 Figure 1: The limit of the measured photon flux as a function of threshold energy compared to model predictions.

Three photon candidates have resulted from the search through the Auger data, which is compatible with the expected background. Therefore, upper limits are derived that are displayed in Figure 1. The unprecedented sensitivity to photons provides an improvement by at least a factor of 10 over previous results. In addition, the minimal photon energy is reduced to 1018 eV. The current limits provide us with a unique opportunity to explore the extremely faint fluxes of photons expected in some astrophysical scenarios and they challenge the most recent models of super-heavy dark matter. Moreover, the limits are now reaching the astrophysically-interesting GZK region (shaded bands in Figure 1).
The full article is published in JCAP 1704 (2017) no.04, 009.