Constraining the sources of UHECR with neutrinos

Most stringent limits so far to the diffuse flux of UHE neutrinos in the EeV energy range.

In the first paper of a series of two devoted to the search for Ultra-High Energy (UHE) neutrinos at the Pierre Auger Observatory, data collected at the Pierre Auger Observatory has allowed the Pierre Auger Collaboration to put the most stringent limits so far to the diffuse flux of UHE neutrinos in the EeV energy range.  No neutrino candidates were found in ~ 14.7 years of data taken up to 31 August 2018. The absence of neutrino candidates allowed us to constrain several classes of models of neutrino production in interactions of UHECR with the Cosmic Microwave Background (CMB), referred to as cosmogenic neutrino models.

This is due to the strong dependence of the expected cosmogenic neutrino flux on the redshift evolution of the UHECR sources, on their maximal redshift, on the maximum energy acquired in the acceleration process, and on the nature of the primaries, with the highest fluxes expected for injection of protons, while those for injection of iron nuclei typically being an order of magnitude lower.
As shown in Fig. 1, the upper bounds of cosmogenic neutrinos start to constrain astrophysical models that aim at describing the UHECR flux suppression by energy losses of protons in the CMB.

Fig.1: Pierre Auger Observatory upper limits to the diffuse flux of UHE neutrinos displayed in integrated and differential forms, along with models of cosmogenic neutrino production and limits from other experiments.

The non-observation of neutrino candidates in the Observatory data also allows us to disfavor a significant region of the parameter space of the evolution parameter of the UHECR sources and their maximum redshift as shown in Fig. 2. 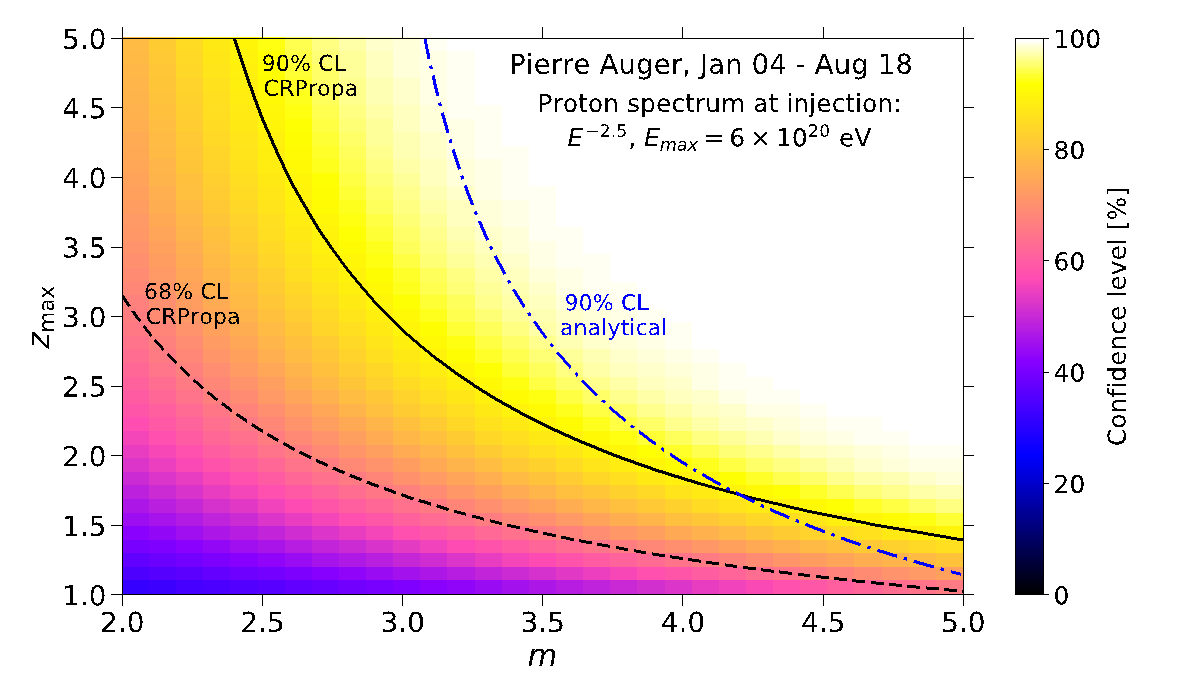 Auger results can also probe the existence of a subdominant component of protons in the UHECR above the flux suppression, where the constraints on composition are poor due to the lack of Xmax data. This component would have a limited effect on the observed spectrum, but would strongly affect the cosmogenic neutrino flux because protons are expected to produce significantly more cosmogenic neutrinos than heavier nuclei. As shown in Fig. 3, proton flux normalizations down to ~ 0.2 can be ruled out if the sources evolve strongly with redshift and reach up to a maximum redshift of ~ 5. 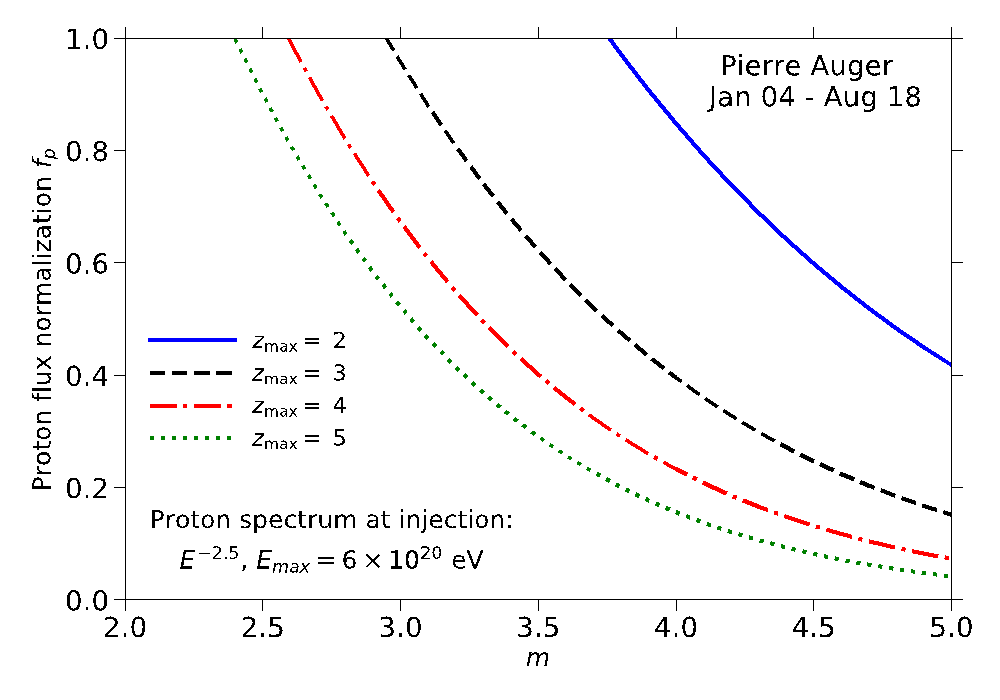 Fig.3: Exclusion plot for source evolution model parameter m and variable proton fraction. Regions above the colored lines are excluded at 90 % C.L. from the lack of neutrino candidates in Auger data.

UHE neutrinos hence provide an independent probe of UHECR source properties and of the origin of the UHECR flux suppression at the highest energies.

In the second paper the directional sensitivity of the SD of the Pierre Auger Observatory to UHE neutrinos was studied.